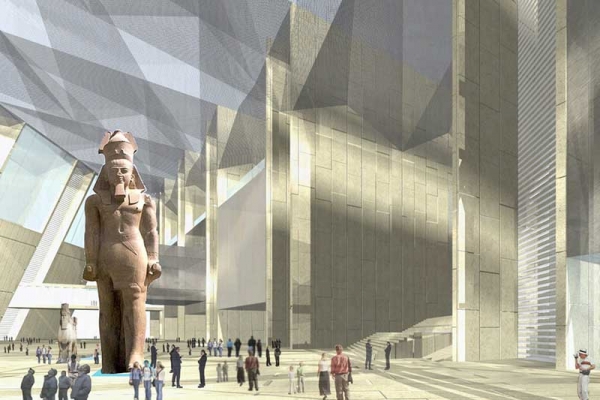 Construction work on the world's largest eat archaeological museum in the world started 2012 under supervision of Heneghan Peng. 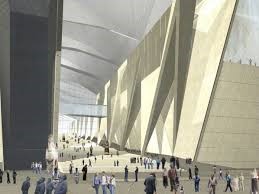 It is scheduled to open partially on 2018, located two Km from the Pyramids of Giza and the Sphinx. The plan to start this massive project started in the late 2000s when a huge competition was drawn to help choose the engineering company that would design the museum complex and operate the building of planet earth's biggest museum ever.

The birth of the GEM goes back to year 1992. It was decided that the project would be dedicated 50 hectares at Giza, 2km from the Pyramids.

The total area, the museum will cover is more or less 490,000-meter squares. Quite huge don't you think? It's going to harbor archaeological artifacts from all around Egypt's different cities each of which has a museum or two and even storage facilities for ancient Egyptian and historical artifacts or statues or from different times and eras. 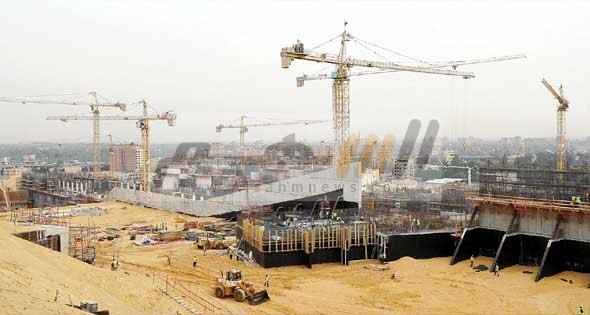 That's not all the good news. Do you know a new airport West Cairo international (located approximately 12km from Cairo on the way to Alexandria, or in other words, we're talking about 30 minutes from the airport to get to the Pyramids area and the GEM. How about that? There will be no more need to spend hours in the tough traffic from Cairo International airport in Heliopolis, to get to the Giza Plateau area.

As we're talking, a subway line is being constructed, one that will connect all of Cairo. It's going to be easy as ever to move from Heliopolis, downtown or even Zamalek to the GEM's area. Also, it will enable you to explore another side of Giza. That is the 6th of October city and Zayed City, which're two of the coolest towns you wouldn't want to miss out. A chance to visit Mall of Arabia, Mall of Egypt (the biggest mall in the middle East), Hussary square, Arkan and last but not least Americana Plaza.

The first ancient Egyptian piece to be transferred to the museum before the building started was the statue of king Ramsees, which's dates back to 3200 BC. It was a huge parade, for the huge statue was previous located in on of Cairo's most famous spots. People all around the country watched as the brave king took his new place next the great Pyramids of Giza 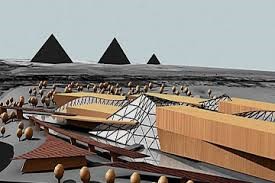 In addition to all the cool aspects about the long-awaited GEM, there's one I must point out. You will be able to see the Pyramids of Giza, through a large glass wall near the galleries.

Also, to all the fans of Cairo museum located in the famous Tahrir square, don't worry. It won't close, although some of the artifacts there will be transferred to GEM, such as king Tutankhamun’s mask and belongings. 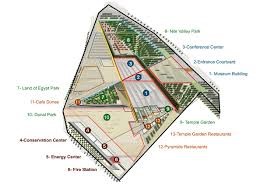 The budget for the giant museum is likely to be around 1 billion US dollars, of which a big portion was covered as funding support from the Japanese government and the rest was by the Egyptian government.