The Fashionable Side of Ancient Egyptians 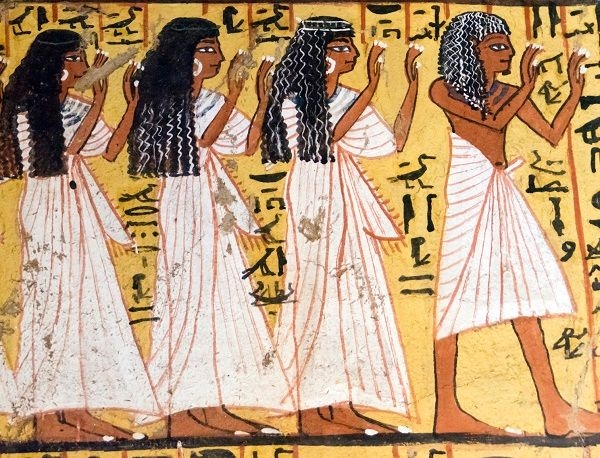 The Fashionable Side of Ancient Egyptians

Superb it is and truly impressive, the sense of style and creativity ancient Egyptians had when it came to designing and producing clothes, garments, footwear and other wearable necessities.

Let’s take a closer look on the different trends with some insight on how they manufactured their skirts, clothing, footwear and all of that.

Back then, there was no technology, so nature was the only source people could rely on.

As for Ancient Egyptians, they chose to go for linen that was the result of manual process gathered flax went through.

The first step, prior to collecting the flax was left in the water for a while, to get it softened, then it'd be separated into thin fibers, and after a some more steps that involved mainly slamming and hitting the fibers they would threads, from which the clothes were made. 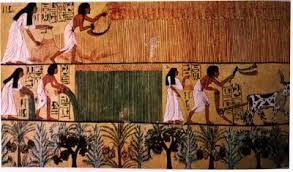 All clothes that time were made out of linen, up until the Romans arrived and their rule began. Different materials were imported from India and introduced the clothing industry in Egypt.

There are many reasons why Egyptians picked flax to be their source of material. Well, they were an agricultural nation, so there was plenty of it. Right? :D

A lot of importance was granted to the beauty of the products but at the same time, comfort was vital, so a balance was needed, although sometimes our fellow ancient Egyptians dragged that balance down and sprung out of their comfort zones.

They sure loved their accessories, sandals and head-wear. Every detail was cared about, from the smallest such as the amazing Jewelry, bracelets and make up to the more significant stuff such as skirts, robes, foot-wear and wigs.

Did you know, by the way, Egyptians were obsessed with cleanliness, to the extent that hair was a personal hygiene threat to them, and thus everyone shaved. Whether it was a man or a woman, they wore wigs and removed their hair.

Priests usually shaved the whole body. Interesting. Don't you think? Its also important to state that, the wigs were mostly made out of natural hair.

So let's start getting a bit deeper inside the heart of this ancient nation's unique styles and trends. Shall we? 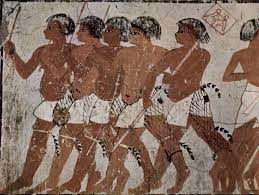 No matter how rich or poor you were, you'd be wearing a "Shenti", a skirt wrapped around the waist alone or legs too, covering the lower body parts. It came in many sizes and lengths depending on the era. During the middle kingdom, Shentis were quiet longer than they were in the old kingdom, while in the new kingdom the Shenti got really cool and guys would fold it, style it in an attempt to swag the garment up.

Since there's a variety of linen ranging from low to high quality, the richer you were, the better material you got. Wealthy men would add aristocratic touches to their garments, such jewelry and scarabs. 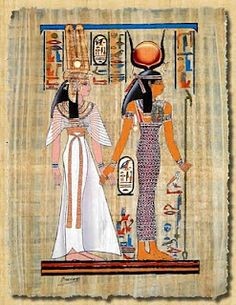 The Kalas was very popular among both sexes. Its more or less a long straight dress. Some women used strapless dress and others wore ones with a shoulder strap or two. Like wealthy men, the rich ladies usually had their Kalas decorated with accessories and jewelry, for why not? :D

During the new kingdom, the female dresses started getting some draping and pleating action going on. It became the trend. Another thing, the upper-class ladies loved them some transparent linen. It was their thing. 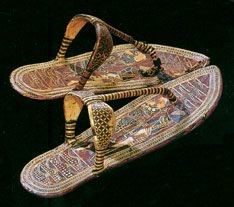 Most Egyptians back in the ancient times preferred going out bare-footed. I guess it gave them a sense of freedom, which it does, I personally think so.

Having said that, going out without anything on the feet wasn't always the case. They put on simple sandals when it was necessary, out of being precautious. Sandals were more common among the elite and the richer class of people, yet it foot-wear was affordable.

There were sandals made of papyrus which's mostly worn by the poor, whilst the rich were more familiar with leather sandals.

As for the kings, queens and royalties in general, those had it all. Footwear manufactured from gold, wood, decorated gold and other amazing materials. They had it all.

During, the new kingdom, a new trend began to slide in. You would see a shoe-like type of footwear, which was probably an influence of the Hitities with which the Egyptians were having a lot of contact during that period of time.